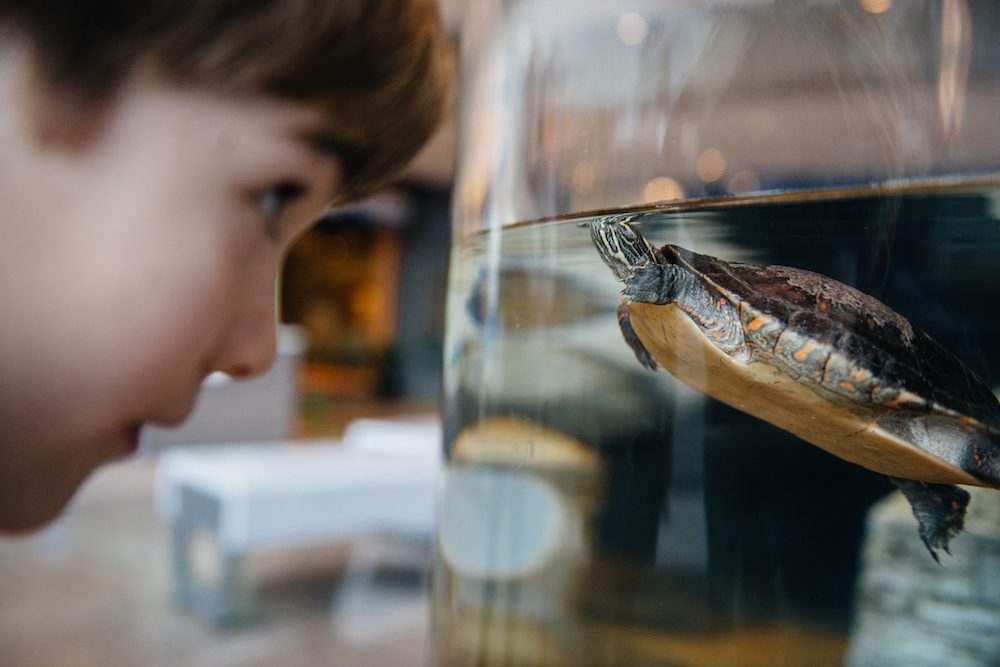 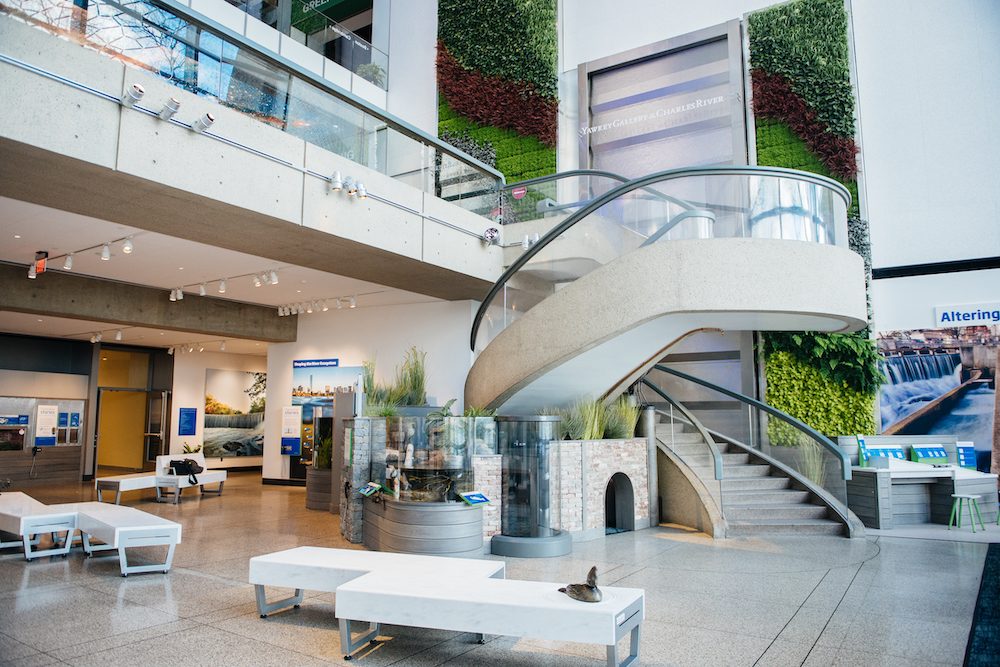 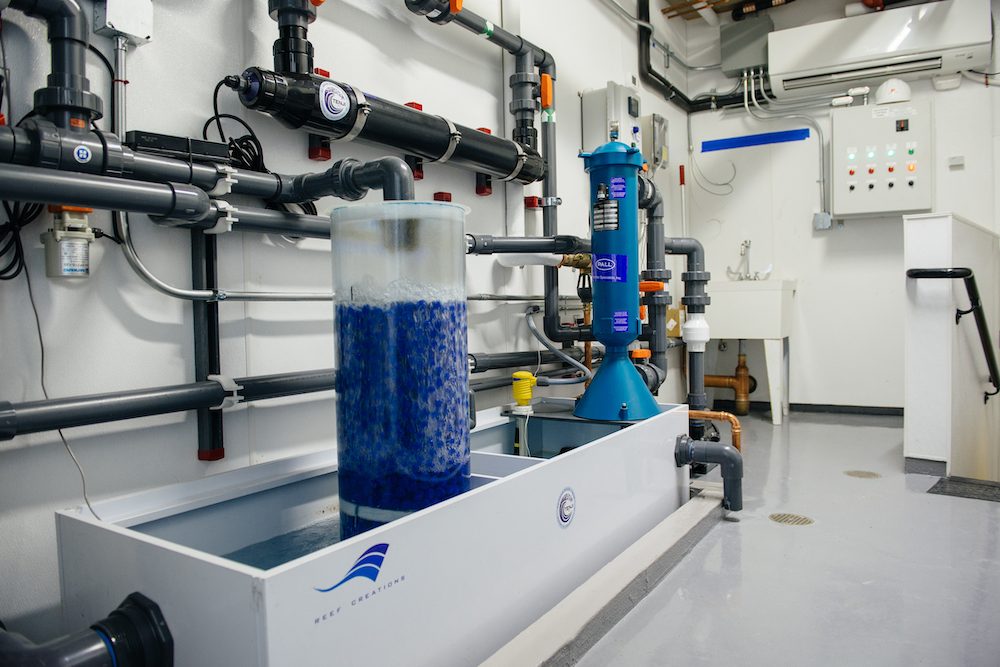 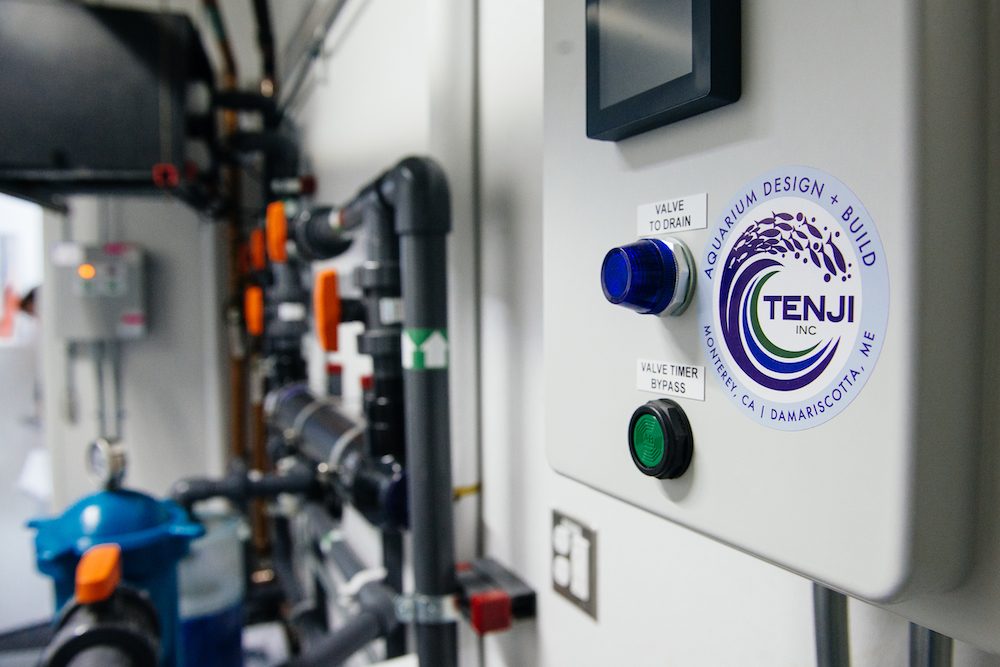 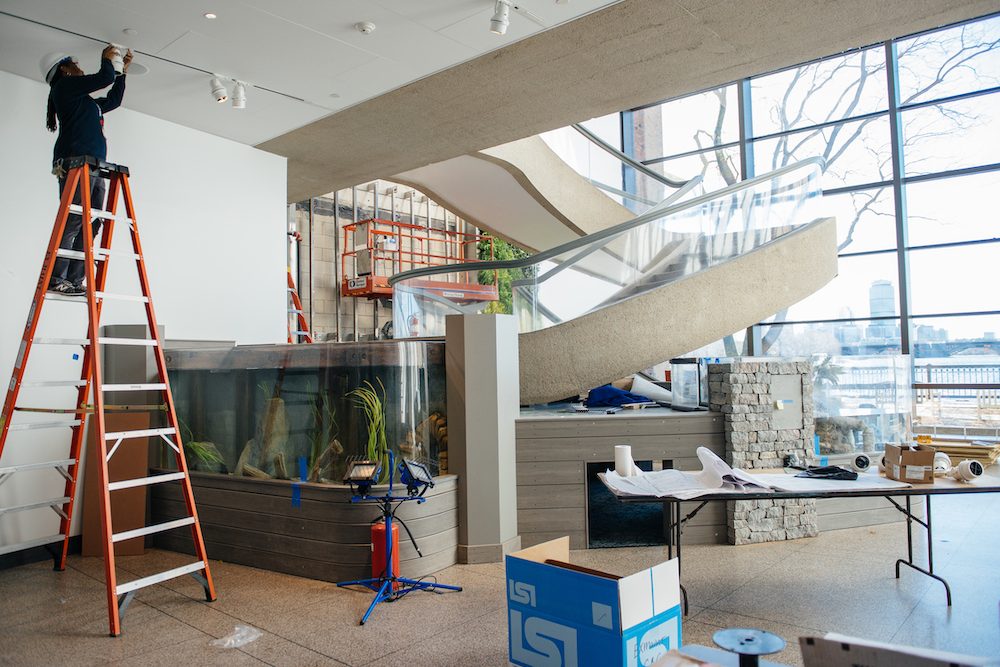 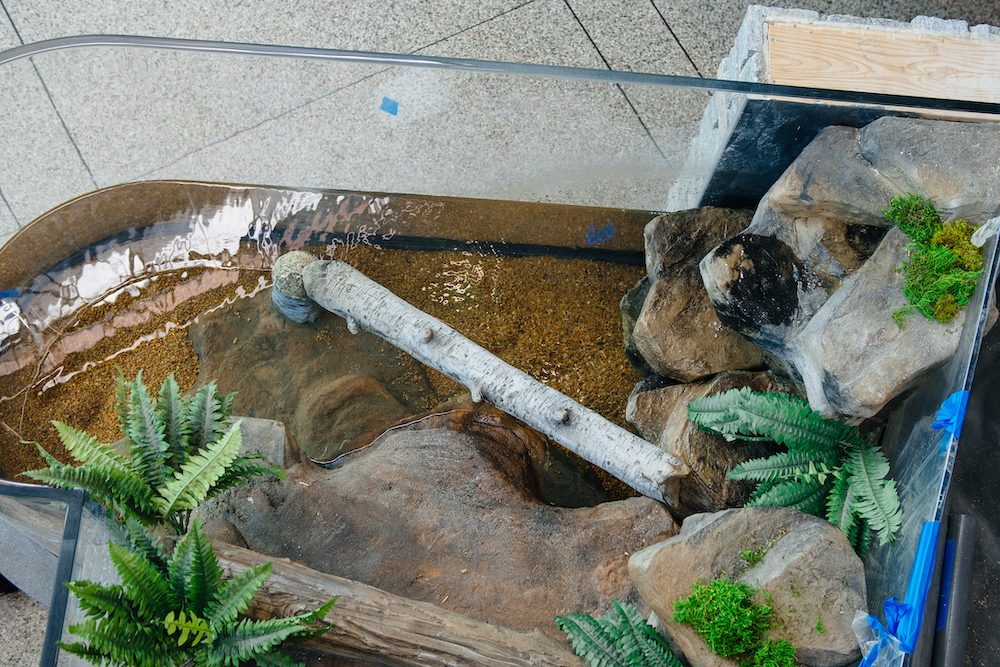 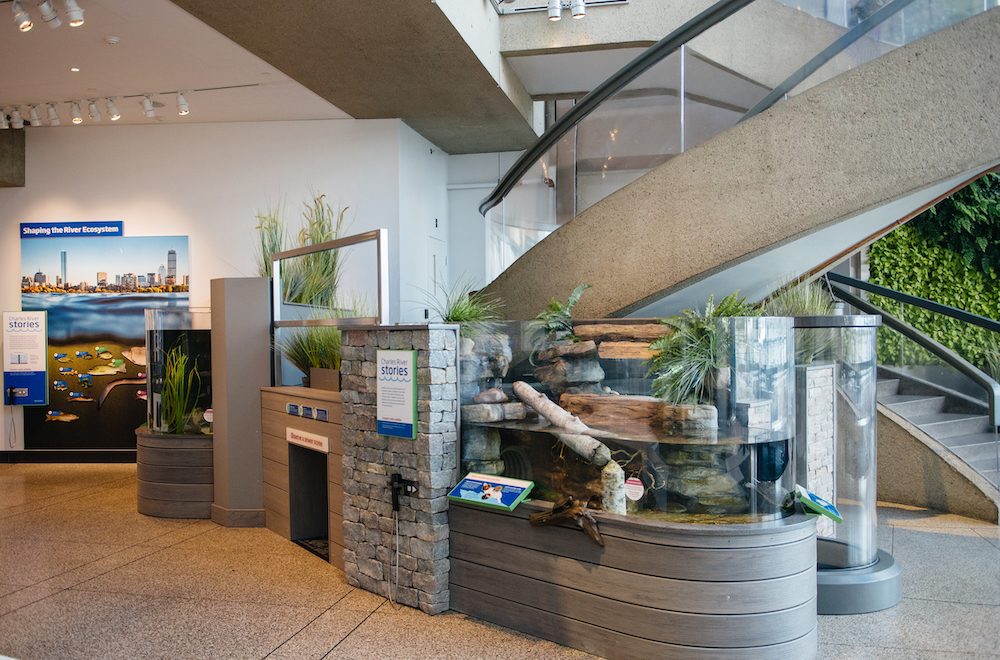 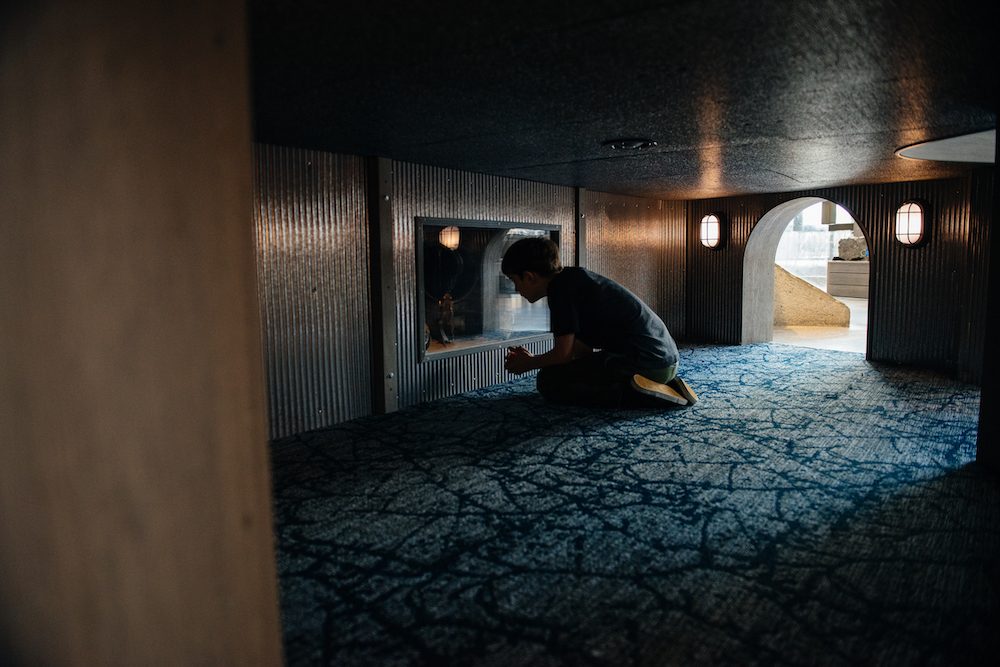 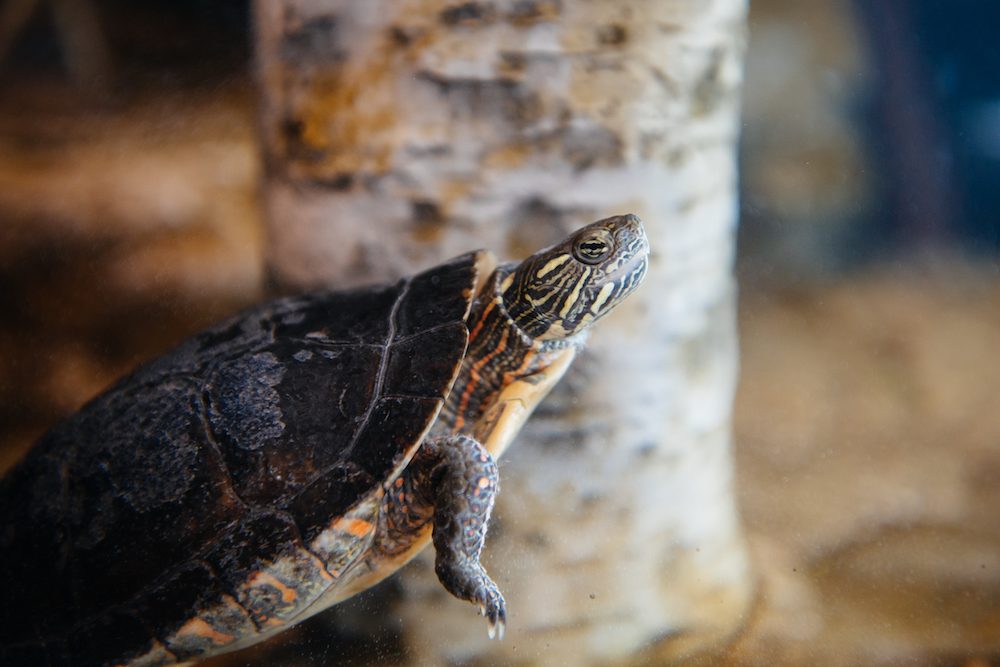 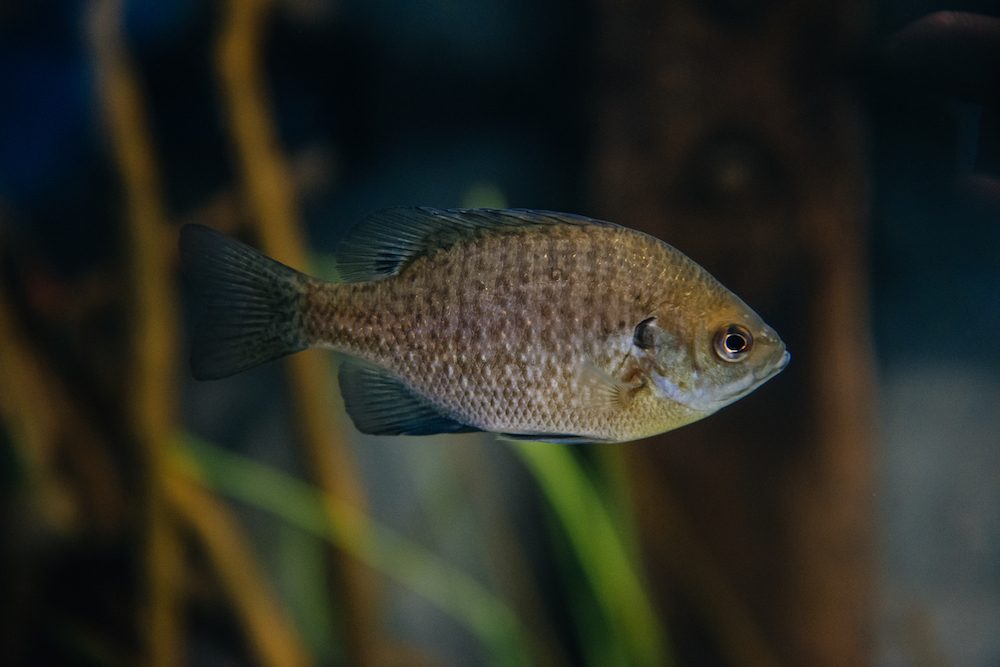 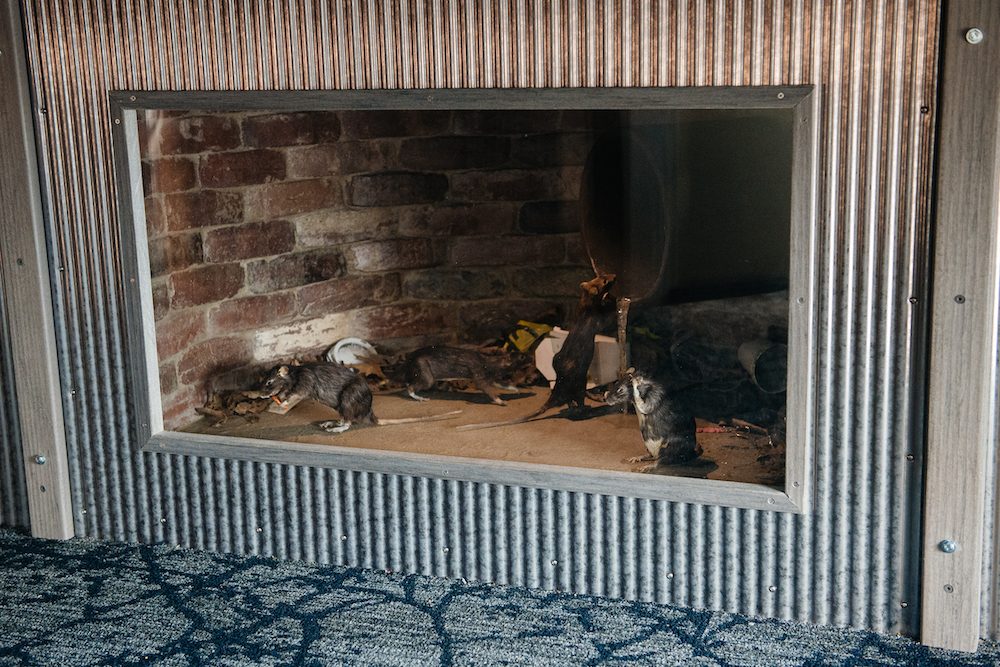 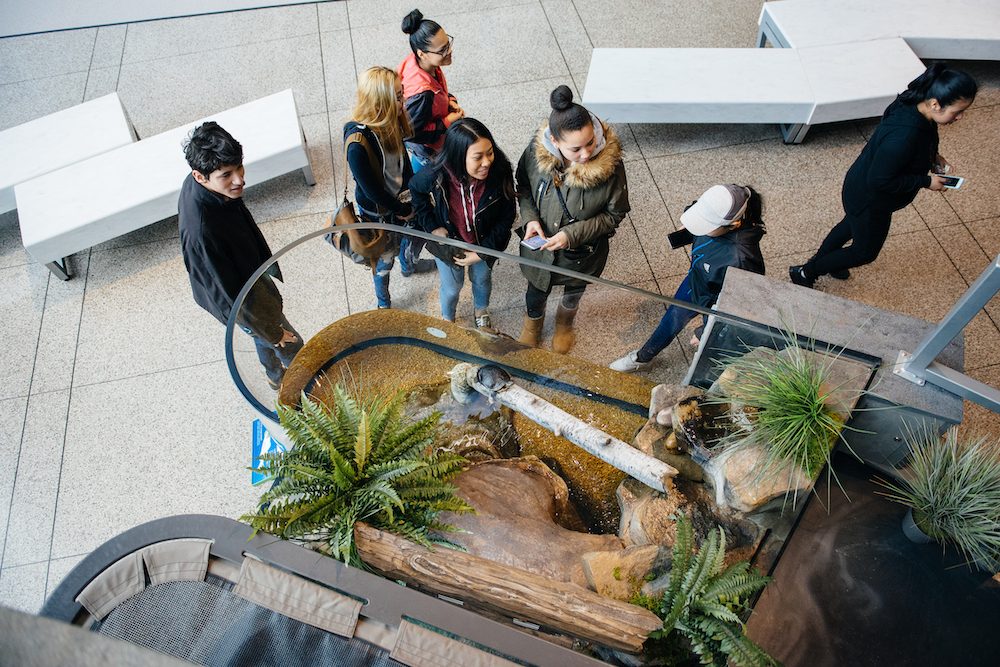 “Working with Tenji was a great experience. The Tenji team took the initial idea of introducing visitors to the biodiversity of the Charles River, and transformed it into a beautiful and interactive space. The exhibit design engages visitors from all angles, including a crawl through with windows that give a fish eye view of each tank. Behind the scenes, the life support system is smartly laid out to utilize the space while keeping the needs of the aquarist at the forefront. We’re so glad we brought in the expertise of Tenji to execute our vision, and I hope to get the chance to work with them again in the future.”

As one of the world’s largest science centers and New England’s most attended cultural institution, the Museum of Science, Boston invites nearly 1.4 million visitors each year to explore science, technology, engineering, and math through hundreds of interactive exhibits and innovative programs. Yet while showcasing so many far-flung scientific wonders, the Museum realized it had overlooked one of its own most distinctive environmental features—the Charles River.

The cleanest urban river in the United States, the Charles River flows through 23 communities in eastern Massachusetts and a watershed of over 8,000 acres of protected woodlands. In Boston, it becomes one of the busiest recreational river segments in the world. Boat houses, jogging and walking trails, concert venues, sports fields, and more line its storied banks. As Science Park spans the river, the currents of the Charles flow continuously beneath the Museum.

Guests can see the river’s surface from many vantage points within the Museum. But the staff wanted to go deeper and find a way to encourage visitors to look down and engage with the marvelous natural and built environment right beneath their feet. They wanted visitors to understand the river’s history, its ecological journey from pollution to preservation, the way pipes and dams channel and utilize its kinetic energy, and see firsthand the rich variety of animal and plant life that call the river home.

In 2014, they called on the aquatic designers and engineers at Tenji to help.

When you have a dedicated, in-house design and engineering team, you can gather everyone around a table and share innovative ideas for how to transform an underused corner into a culvert and side pond of the Charles River. And when you have skilled aquatic engineers, scientists, and builders on staff, you can make the best of those ideas a reality.

The tenji process turns complex information into relatable, understandable forms, and channeling the rich history and ecological variety of the Charles River into an indoor exhibit led our experienced team to some exciting artistic and practical innovations:

The Yawkey Gallery on the Charles River opened in March 2016 to rave reviews and continues to be one of the most frequently visited exhibits at one of the region’s most popular museums. Today, the power of tenji takes millions of visitors under a mighty urban river and into a current of constant discovery and delight.