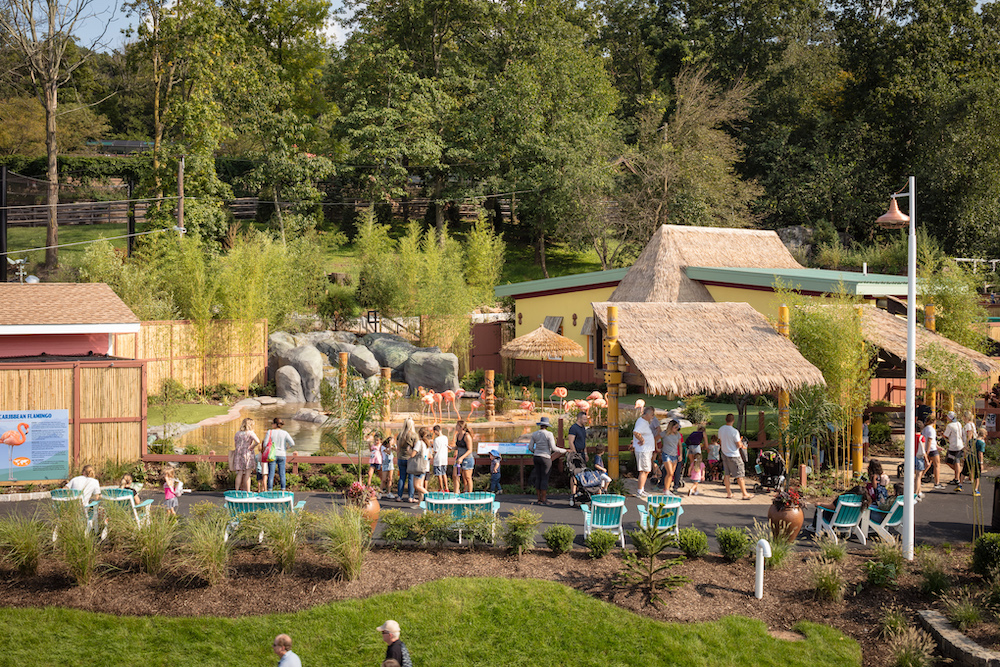 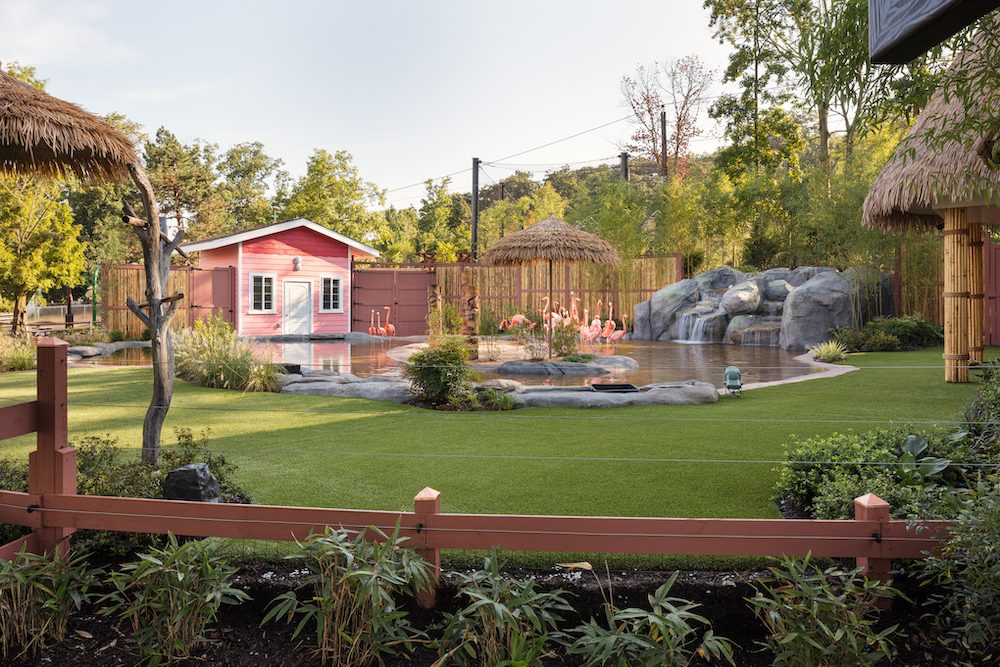 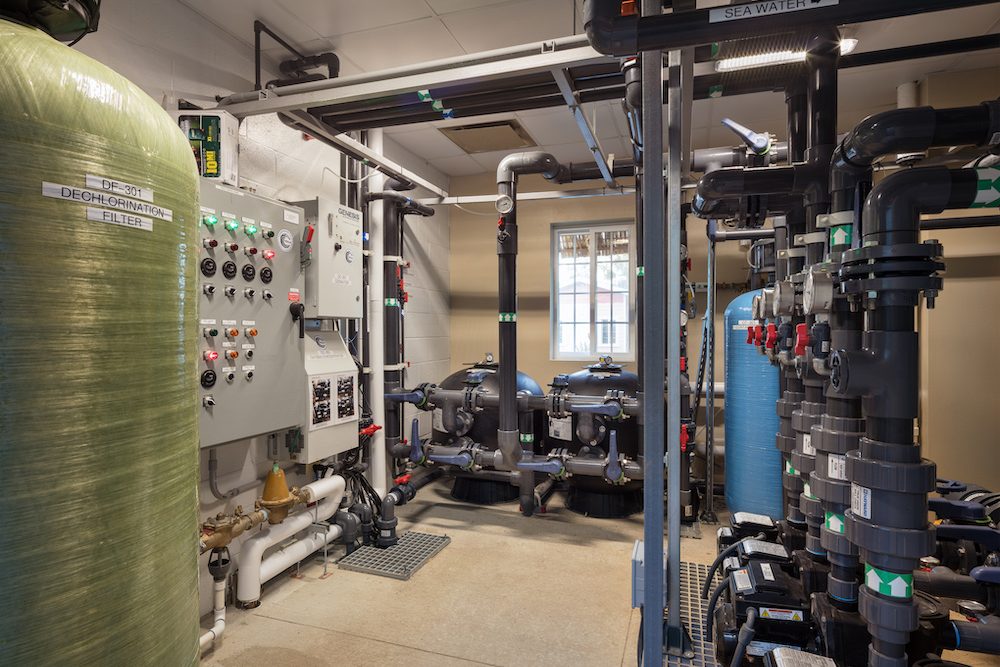 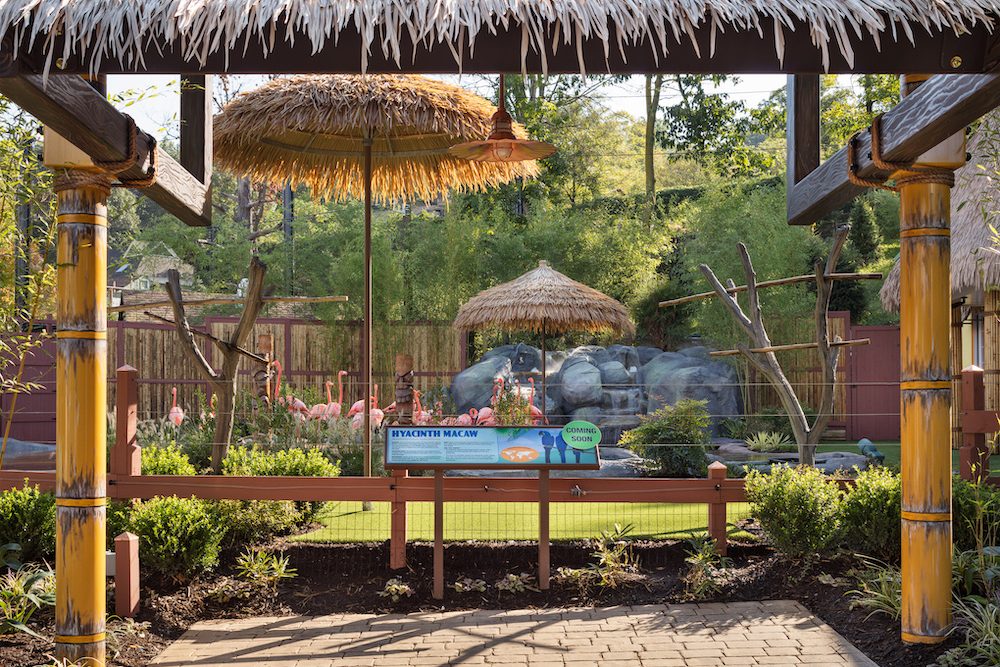 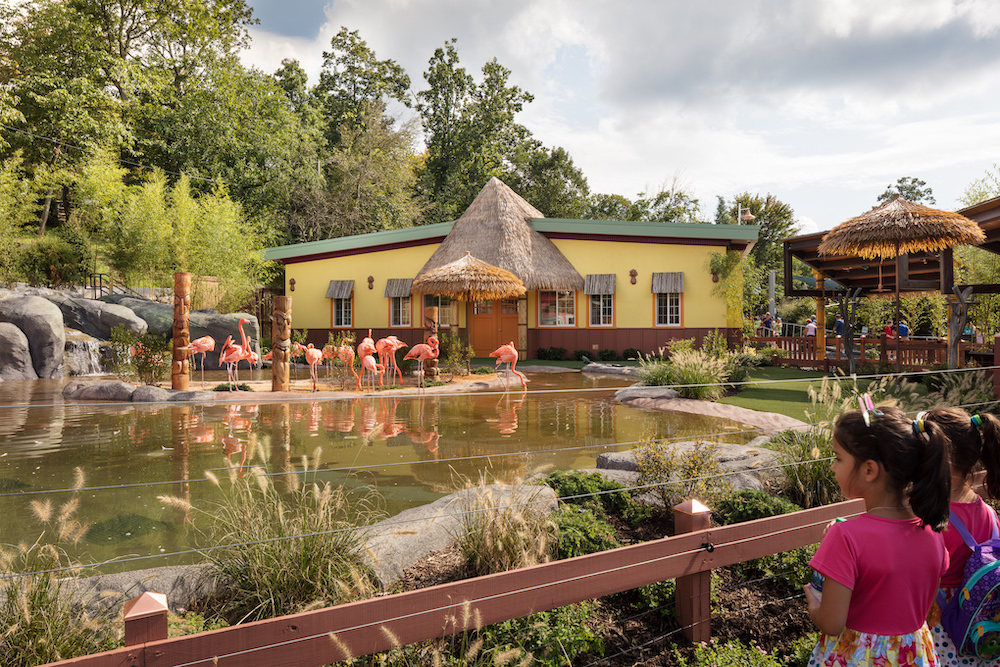 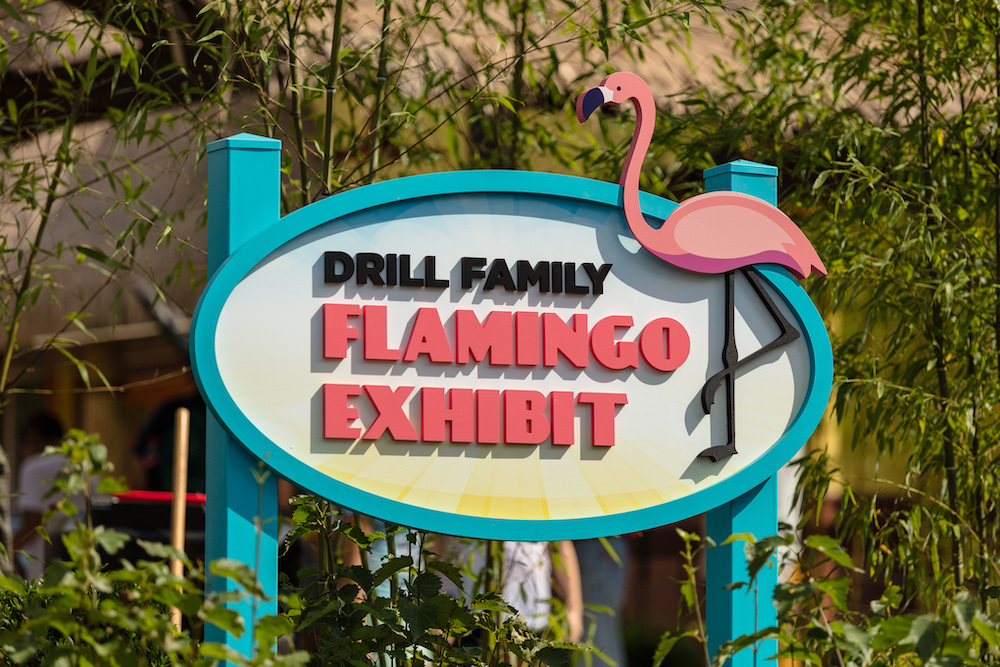 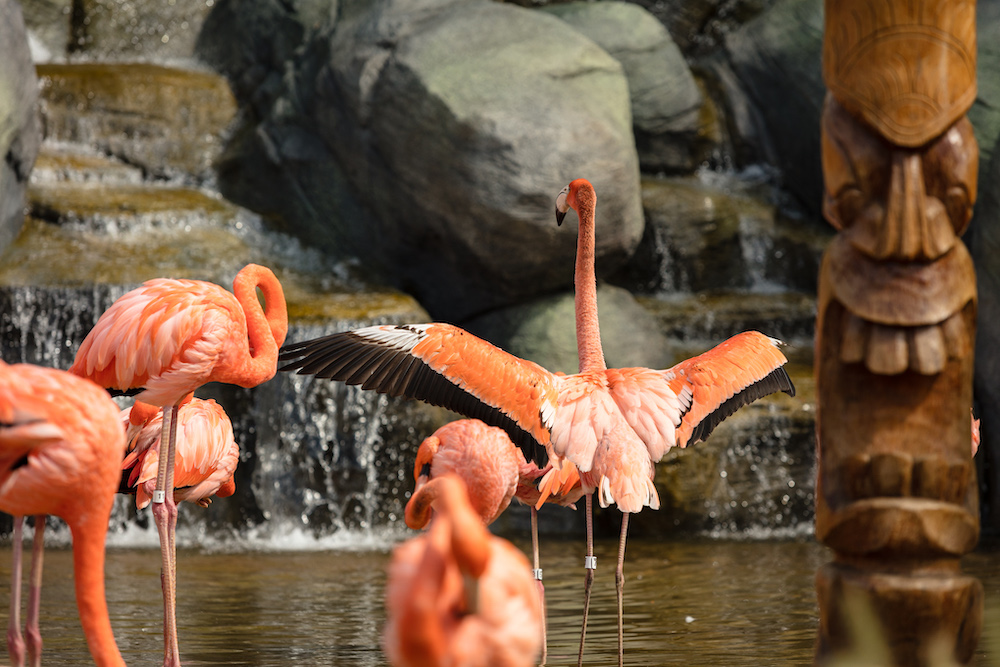 “Working with Tenji’s aquatic experts was worth its weight in gold. Their ability to tackle the tough water filtration challenges that emerged during the construction process kept a popular new exhibit on track to open on time and on budget.”

Flamingos are found around the world from the Caribbean and South America to Africa, the Middle East, and even Europe. And thanks to Tenji and the Turtle Back Zoo, a flock of Caribbean flamingos has settled around an outdoor pool, nesting island, and waterfall in West Orange, New Jersey.

Part of a long-considered expansion of bird exhibits meant to increase biodiversity at the Zoo, the new Flamingo exhibit took advantage of space opened up by the expansion and relocation of the African Penguin colony in 2018. Turtle Back chose Tenji as their construction partner for this project after seeing firsthand how successfully our in-house team of skilled aquatic engineers and builders tackled the climate control, drainage, and scheduling problems that emerged during the penguin relocation.

Once again, in trying conditions, our team demonstrated the power of tenji to create clarity in complexity—to bring a touch of the Caribbean to New Jersey.

Fun and photogenic, flamingos have proven to be one of the more popular exhibits at Turtle Back Zoo.